MBTA Gets Fierce Blowback Over Idea of Privatizing Buses

[Story Developing] MBTA officials drew fiery criticism Monday for weighing the use of private contractors to operate 60 new buses as dozens of union workers, lawmakers and labor advocates crowded a board meeting.

Four new memorials to law enforcement officers would be erected in Canton and Milton under a new Rep. William Driscoll bill admitted by the Senate on Monday.

Gov. Charlie Baker's annual local road and bridge funding bill was sent to the Transportation Committee during the House's quick session Monday morning, though that's not the transportation bill everyone is waiting for. After pushing it off from the fall, House leaders had been eyeing January for debate on a promised transportation financing plan, but the wait is now set to linger at least into February.

One of at least five Democrats eyeing the Senate seat held until late last year by Republican Vinny deMacedo dropped out of the race over the weekend, citing his lack of fundraising and discouraging polling.

Boston Rep. Chynah Tyler is hoping to shine a light on black-owned restaurants during Black History Month, partnering with a Roxbury restaurant for the annual Boston Black Restaurant Challenge.

The finalists for the UMass Boston chancellor's post could be announced, the state Senate plans to debate a game-changing carbon reduction proposal, and Gov. Charlie Baker is expected to resume his push for major changes in the health care industry.

Who’s On The Move? Look Inside the Personnel File

The attorney general promoted a new staff general to lead her office ... the State House has a new reporter on the beat ... Jane Doe, Inc. hired a new policy director ... a former top Deval Patrick advisor has landed at UniCare ... and a couple of former House lawmakers have new roles. These and more employment announcements in the latest Personnel File. Please Enjoy.

Lawmakers on the Cannabis Policy Committee on Friday advanced a redrafted bill that would give the Cannabis Control Commission express authority to review and regulate the mandatory agreements and payments between host communities and marijuana businesses.

Republican Lt. Gov. Karyn Polito has not been closely monitoring the impeachment trial of President Donald Trump, she said Friday, describing it as "not high on my list of things to view."

Donald Hart of Plymouth, a former assistant district attorney who ran a law practice out of Holbrook for nine years, was nominated this week by Gov. Charlie Baker to serve as clerk magistrate of the Nantucket District Court.

The state unemployment rate in December fell a tick to 2.8 percent and state labor officials reported Friday that employers added 44,800 jobs over the past year, with half of the job gains coming in the education and health services sector.

The dean of the Boston College Law School will join the commission that will choose the next Office of Campaign and Political Finance director after Gov. Charlie Baker filled a long-vacant position, clearing the path for the commission to begin its work.

Gov. Charlie Baker won praise from Democratic lawmakers for targeting ride-hailing companies as a source for new MBTA funding, but the idea riled the services themselves. Uber and Lyft slammed Baker's plan to increase the per-trip fee on their platforms from 20 cents to $1 as a misfire that will pose an undue strain on their customers and on drivers contracted by the companies.

The Baker administration is looking to sharply increase the fines it can assess on companies that do work on or near natural gas pipelines and to make utilities establish a timeline for replacing leak-prone pipes.

The House referred Gov. Charlie Baker's fiscal 2021 budget to the House Committee on Ways and Means before adjourning for the weekend.

The Senate on Thursday introduced carbon emissions, electric vehicle and energy efficiency bills that are set to hit the floor for debate next week.

Passengers aboard a flight arriving from China were screened at Boston's airport Wednesday night as health officials around the world work to contain an outbreak of a new strain of a disease that's sickened hundreds and killed more than a dozen people in China. 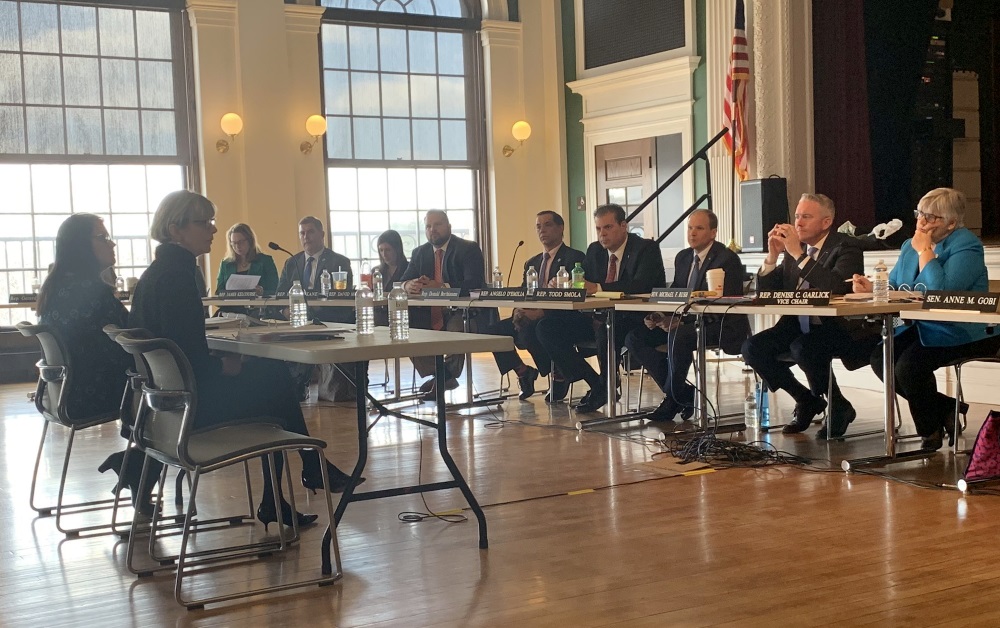 The schedule has been set for legislators to hear testimony and ask questions of the Baker administration about its $44.6 billion budget plan for fiscal 2021, with eight hearings planned around the state starting with one at the State House in two weeks.

[Story Developing] MBTA officials will unveil a plan Monday to add eight more weekday trips on the Fairmount Line and allow passengers boarding at the line's core stations to tap in with a CharlieCard.

The group of parents, students and advocates who sued the state last summer alleging unconstitutional disparities in public school funding said they're dropping that lawsuit, describing themselves as "pleased" with the Legislature's education finance overhaul and Gov. Charlie Baker's plan to implement the first year of it. 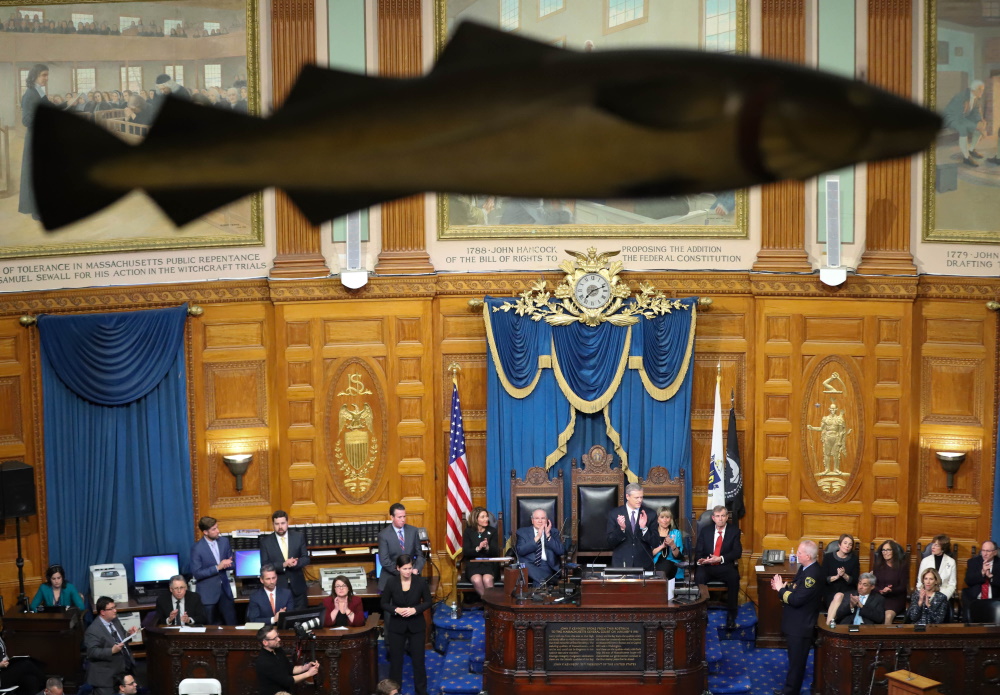 The state of the Commonwealth is ... stuck in traffic, emitting too many greenhouse gases on its way to a home that costs too much and is located too far from where it works. But other than that, Gov. Charlie Baker says Massachusetts is doing swell. 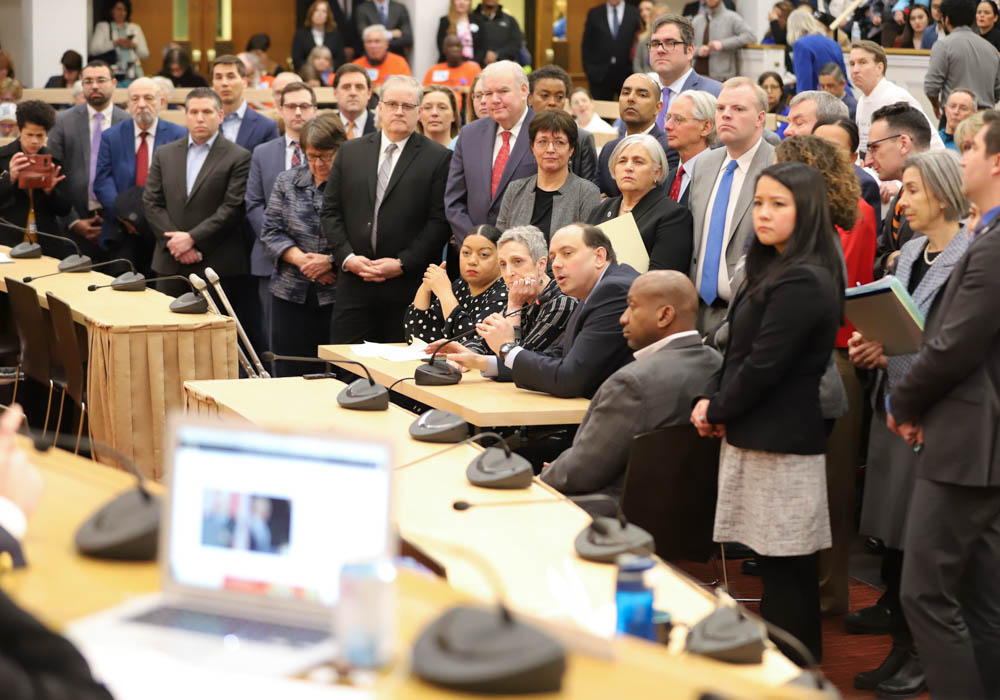 Brian Rosa, a 13-year-old living in Allston with his parents and younger sister, said he lives in fear of losing his family. Sony Fernandez, an immigrant from Brazil living in Fall River, said she has witnessed the disruption deportation causes among immigrant communities in the state. 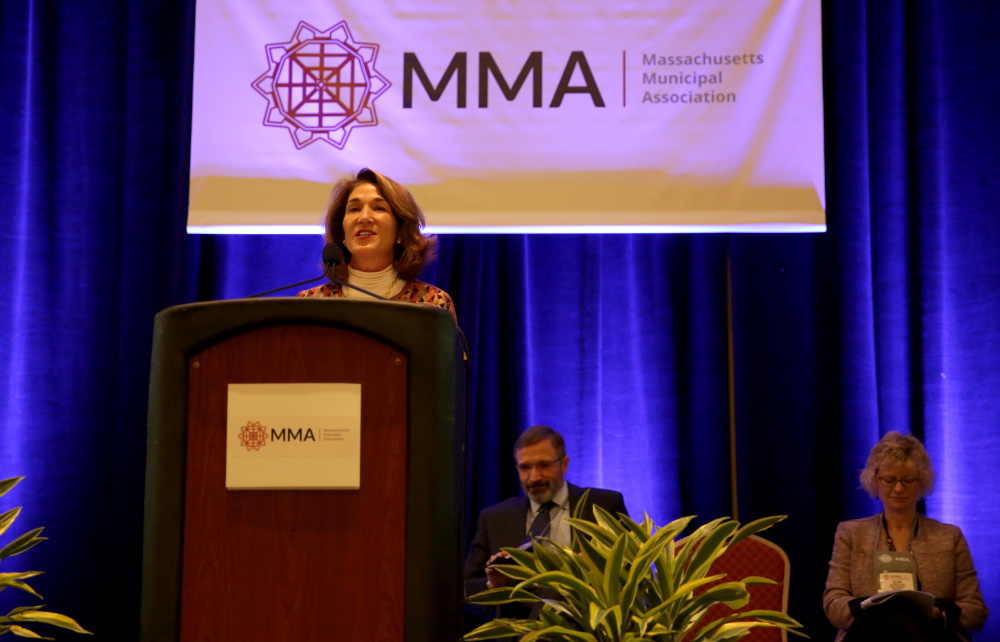 The Baker administration is again proposing $200 million in annual local road repair funds, despite repeated calls from municipal officials for a larger allocation and a multi-year plan to help meet pressing infrastructure needs. 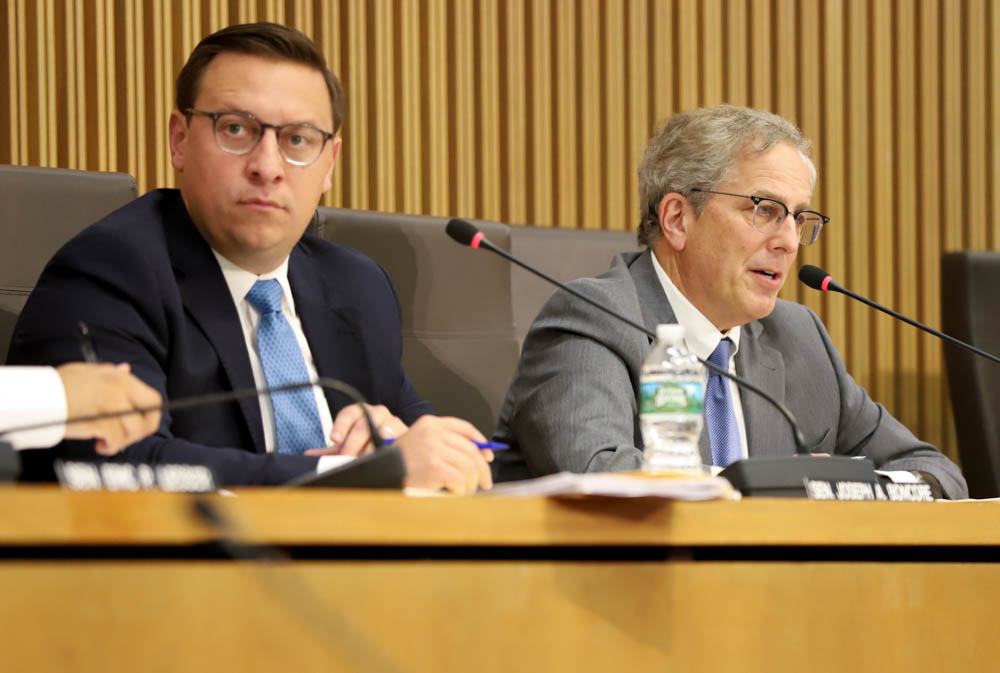 The House's top Democrat on the Transportation Committee said Thursday he's ready to move on Gov. Charlie Baker's $18 billion borrowing bill to finance infrastructure improvements over the next five years, one of the major pillars of the governor's agenda for 2020. 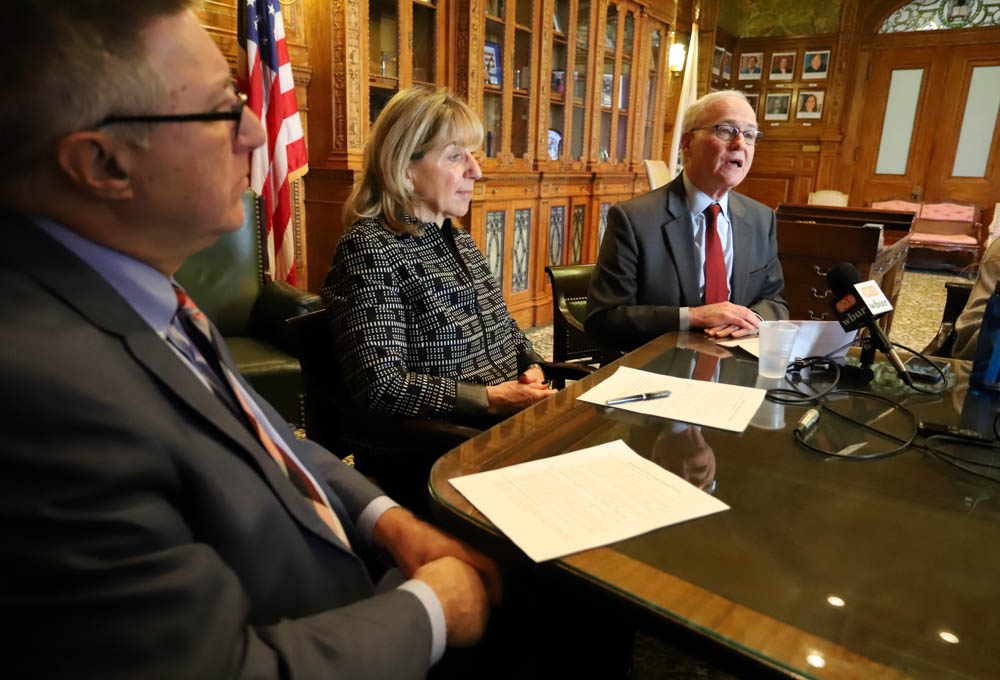 The Massachusetts Senate next week plans to take up a far-reaching package of climate bills whose major components include an electric MBTA bus fleet by 2040, carbon-pricing mechanisms for transportation, homes and commercial buildings, and a series of five-year greenhouse gas emissions reduction requirements that ramp up to net-zero emissions in 2050.

Energy and Environmental Affairs Secretary Kathleen Theoharides plans to issue a letter of determination in the coming weeks to formally establish a policy of achieving net-zero carbon emissions by 2050, she told the News Service Thursday.

Gov. Charlie Baker wants to arm the state's tax collection agency to go after retailers who might be short-changing the state of sales tax revenue through the use of technology that falsifies digital sales records.