STATE HOUSE, BOSTON, OCT. 10, 2019.....The federal government on Wednesday released data showing that cod stocks in the area remain overfished and are not on target to be rebuilt by 2024. NOAA Fisheries also reported that "overfishing is occurring" among an already-depleted Gulf of Maine Atlantic cod population. 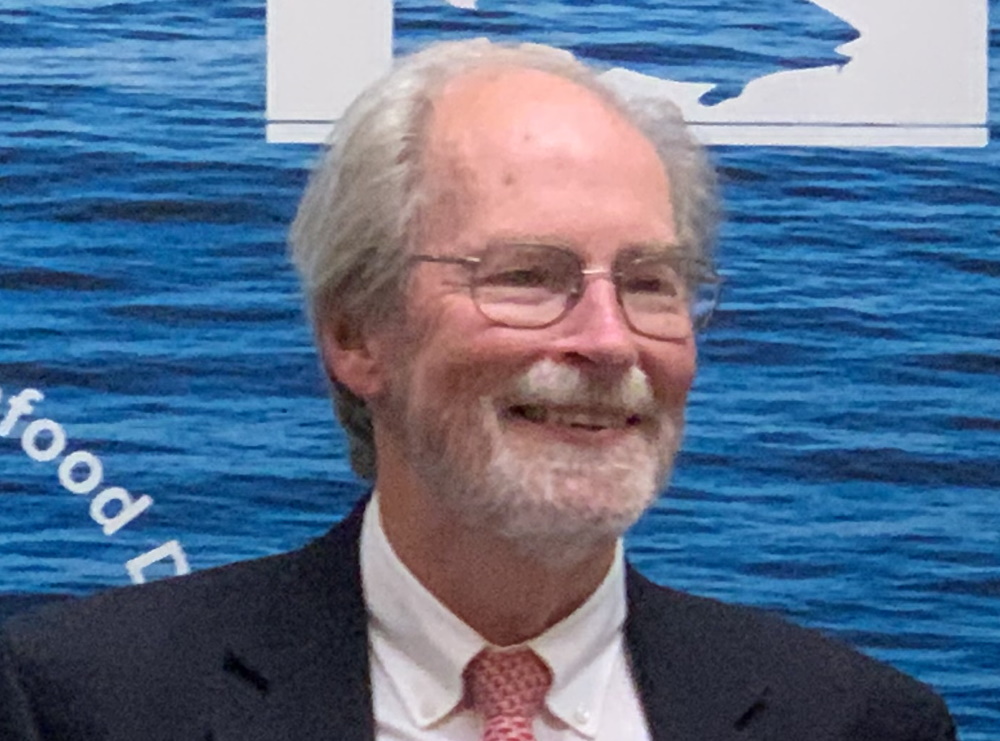 "Abundance is very low, not the way it used to be, so that's obviously of great concern to us," Division of Marine Fisheries Director David Pierce told the News Service after participating in "seafood day" activities Thursday to recognize the contributions of the fishing sector and the 90,000 jobs in the seafood industry.

Pierce said he had not yet reviewed the latest federal assessment, but said an industry-based survey and one in the works at the University of Massachusetts-Dartmouth will also influence cod quotas for 2021 and 2022.

Calling the report "concerning," Sen. Bruce Tarr, who represents the fishing port city of Gloucester, told the News Service, "I'm still reading through the details but I think it points to the fact that we should be doing things differently than we are today."

Tarr said there's "too much regulatory discard" of cod "and there's mortality that's being caused by a set of rules that don't recognize the practical reality of groundfishing."

"Unfortunately, because of the way the limits are set, we oftentimes fish through the cod stock to get to the fish that we can actually keep," he said. "So right now for instance, if we talked about maybe being able to keep everything you put on the deck but have more strict limits about what that total can be, it might actually help to conserve cod."

Tarr added, "We ought not be doing anything to encourage people to be discarding codfish that ultimately die. What we ought to say is let's allow some more of those fish to be caught, but let's also limit the total that can go on deck at any one time."

Cod are known in the fishing industry as "the thing you have to try to stay away from," Tarr said. "What we ought to do is acknowledge the fact that often times groundfish swim together and, you know, we may have to take some cod. But if we look at it more as a complex rather than as one stock at a time, then I think we could be more effective at what we're all trying to do."

Climate change is also a factor, Tarr said, and cod may also be spawning "in places we don't expect them to," like beyond the U.S.-Canadian maritime border known as the Hague Line.

"So there are some issues with the report itself," he said. "But I think the bigger issue is how to change the course of management to take into account the sort of practical experience of the people that are in the fishery. I don't think we've done that yet."

"Why aren't they there?"

Edward Barrett of Marshfield, president of the non-profit Massachusetts Fishermen's Partnership, said claims that regulatory discard of cod are having a big impact on the cod population are incorrect because, he said, the industry's quotas have been drastically cut and there are fewer fishing vessels out in the ocean. "I spend all my time when I'm fishing avoiding cod," he said. "That's what I do. It used to be what I targeted." 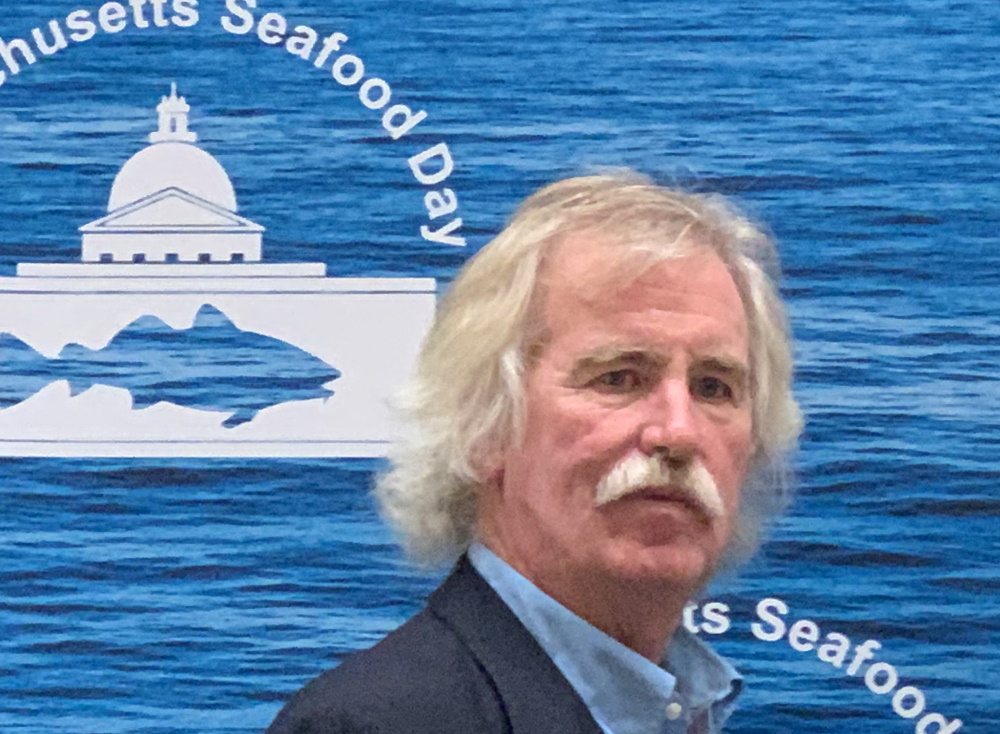 "It just doesn't make sense right now that the cod hasn't rebuilt," Barrett added. "It's been almost seven years now that we've been at this critically low stage and at some point I think someone's got to start asking why. ... I fish a lot. I fish a lot in Massachusetts Bay and Stellwagen Bank. I think we've spent too much time trying to count them and not asking well, what is the problem right now? Why aren't they there?"

Barrett said he believes treated sewage being pumped into the ocean by the MWRA and discharges from other sewage outfall pipes along the coast are contributing to "events" that are causing fish populations to move.

"Fish have tails. If they're not comfortable in one area, they'll just go to the next area," he said.

Angela Sanfilippo, president of the Gloucester Fishermen's Wives Association, called cod a "bycatch," citing an abundance of haddock over the past 18 months, and said fishing fleets operate under strict regulation.

The industry, Sanfilippo said, has battled to protect the ocean, opposing oversized fishing vessels and oil drilling on George's Bank in the 70s and supporting marine sanctuary status for Stellwagen Bank.

"The fishing people don't want to destroy the ocean," she said. She added, "We're not scientists and because we're just simple people whatever we say is anecdotal information but if somebody with Ph.D. says it, then it's information."

Pierce said researchers are detecting a "very significant spike" in abundance of age 1, or "young of the year" cod and he's hoping those young fish will survive. "It's at least some good news," he said.