On paper at least, the coronavirus situation in Boston looks to be improving to the point that leaders could soon start planning to bring students back into classrooms, Mayor Martin Walsh said Wednesday as he urged caution on Thanksgiving to keep the tenuous positive trend going.

The 2020 election came to an official end in Massachusetts on Wednesday, with a unanimous vote by the Governor's Council to certify the results.

The Senate stuck to lighter fare Wednesday before breaking for a long Thanksgiving weekend with six meaty pieces of legislation still on their plates, or at least somewhere in the kitchen. When the Senate returns to session Monday morning, Thanksgiving will have flown past without the budget accord that Gov. Baker had wanted to see before his turkey dinner.

The Committee on Election Laws is newly in receipt of two local bills filed this week by Gov. Charlie Baker, but the Legislature will go into the Thanksgiving break without having put a fiscal year 2021 state budget on the governor's desk. Baker in October had said he would ideally like to have the budget finalized by this week, but that bill is still being negotiated by the House and Senate, which formed a budget conference committee on Monday.

Offering another vote of confidence in new voting options, Gov. Charlie Baker on Tuesday filed a bill to let the city of Newton use mail-in, early and expanded absentee voting next year.

About 37,000 fewer students are enrolled in Massachusetts schools this year, representing a steep decline that far exceeds the usual churn, though the state's education commissioner expects to see some of those students return to the public school system next year.

Boston Sports Clubs gyms showed "total disregard" for members during the COVID-19 pandemic by continuing to charge fees to customers who tried to cancel, Attorney General Maura Healey alleged Tuesday as she unveiled a lawsuit against the company.

Commissioners seem ready to close out a bumpy policy-setting process next week with a vote to adopt new regulations that would reshape the legal marijuana industry to include a home delivery aspect, but that decision could give way to a legal challenge in short order.

Long Search For OCPF Chief Likely to Spill Into 2021

The restrictions on the public from entering the State House and the uncertainty of Jim Lyons's position as head of the Massachusetts Republican Party means that Michael Sullivan will likely have to wait at least another couple of months to resume his retirement from the Office of Campaign and Political Finance.

Cape Cod, like the rest of the Massachusetts, is experiencing a surge in COVID-19 infection rates, but unlike many other hard hit parts of the state, leaders in the summer coastal playground say the region is a dry spot for coronavirus testing, inhibiting their ability to fight the spread of the virus.

Lottery sales were down $2.7 million in October compared to the same month last year, but sales and profit at the Lottery are both performing better through a third of the budget year than at this point last year.

[Coverage Developing] Public school enrollment in Massachusetts tumbled by 4 percent from October 2019 to October 2020, a decline that far exceeds the usual annual churn, according to figures presented to the Board of Elementary and Secondary Education Tuesday.

In the wake of another sports betting proposal that came up short in the Senate, all five major league professional sports teams in Massachusetts, gaming companies, and a powerful labor union last week upped the pressure on the Legislature to legalize sports betting before the end of the year.

For several months, warnings about the MBTA's dire financial outlook have come alongside reports of low, but better-than-expected, fare revenue amid the pandemic. That streak is now over.

When the Baker administration concluded last year that roadway congestion had reached a "tipping point" in Massachusetts, one option it targeted as part of a possible solution was setting aside lanes where drivers could choose to pay a premium for faster travel.

A new pilot program will reshape vehicle travel on the Tobin Bridge starting next month, while a vehicle lane on Interstate 93 near the bridge is now back to only accepting cars with multiple passengers.

It's not too late to rethink your Thanksgiving plans. That's one message public health commissioner Dr. Monica Bharel wants to get out ahead of the Thursday holiday, as Massachusetts continues to confront a surge in COVID-19 cases and as data indicate many travelers are still hitting the road and the skies.

Beginning sometime next spring, Massachusetts Lottery players will be able to claim large prizes from their phones and have their winnings deposited directly into a bank account through an app that Lottery officials said will eliminate millions of miles of car travel and associated greenhouse gas emissions. 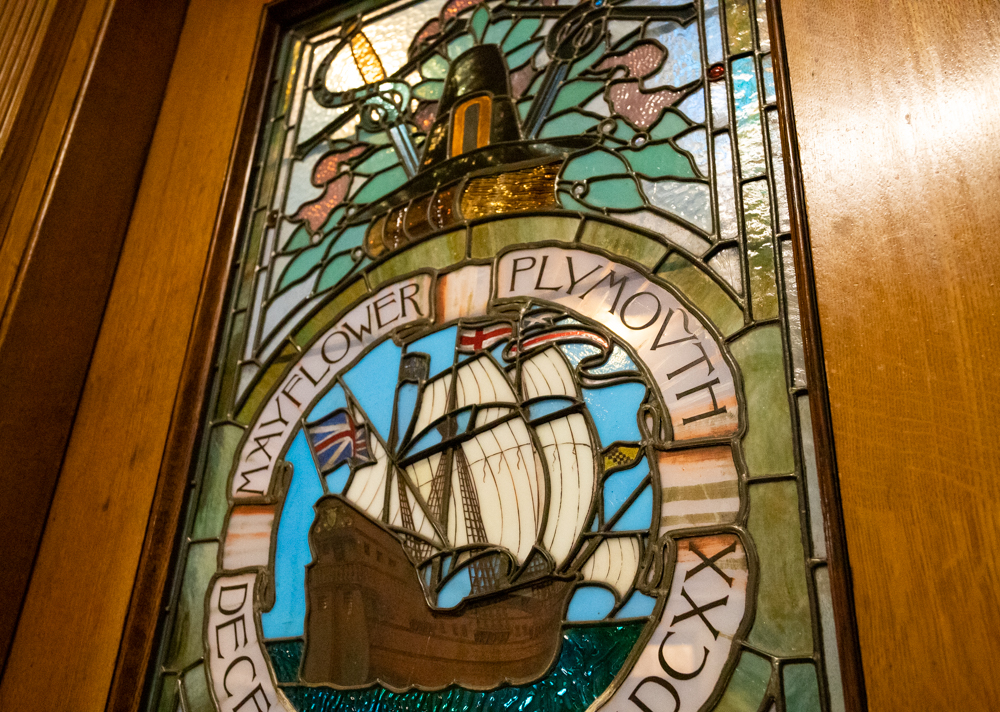 Thanksgiving Proclamation: “Remember and Reach Out to Our Neighbors in Need”

Unlike scads of other special days set aside by lawmakers, no statute requires the governor to officially declare a Thanksgiving holiday. But governors have always done so by custom, in a tradition stretching back to Gov. John Hancock in 1780, to frame what Bay Staters can appreciate about their lot in life and how they can express that thanks.

Feds Give Compressor Station Approval to Start Up

Enbridge will start pumping natural gas through its Weymouth compressor station next month after federal regulators on Wednesday gave the final green light, ruling that the company sufficiently corrected any issues behind two emergency shutdowns this fall.

Judge Dalila Argaez Wendlandt on Wednesday was unanimously confirmed by the Governor's Council for a seat on the Supreme Judicial Court, where she will become the state's first Latina high court justice. 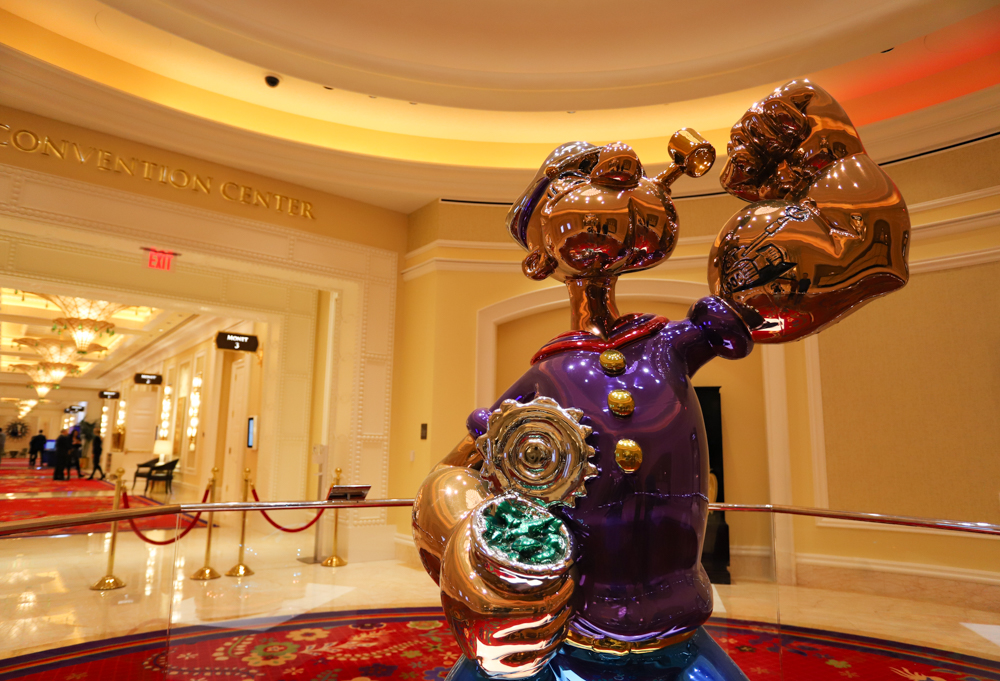 The Gaming Commission agreed Wednesday to allow three of the restaurants at Encore Boston Harbor to sell alcoholic beverages with take-out food orders and the chairwoman encouraged people to consider getting their Thanksgiving meal from the Everett casino. 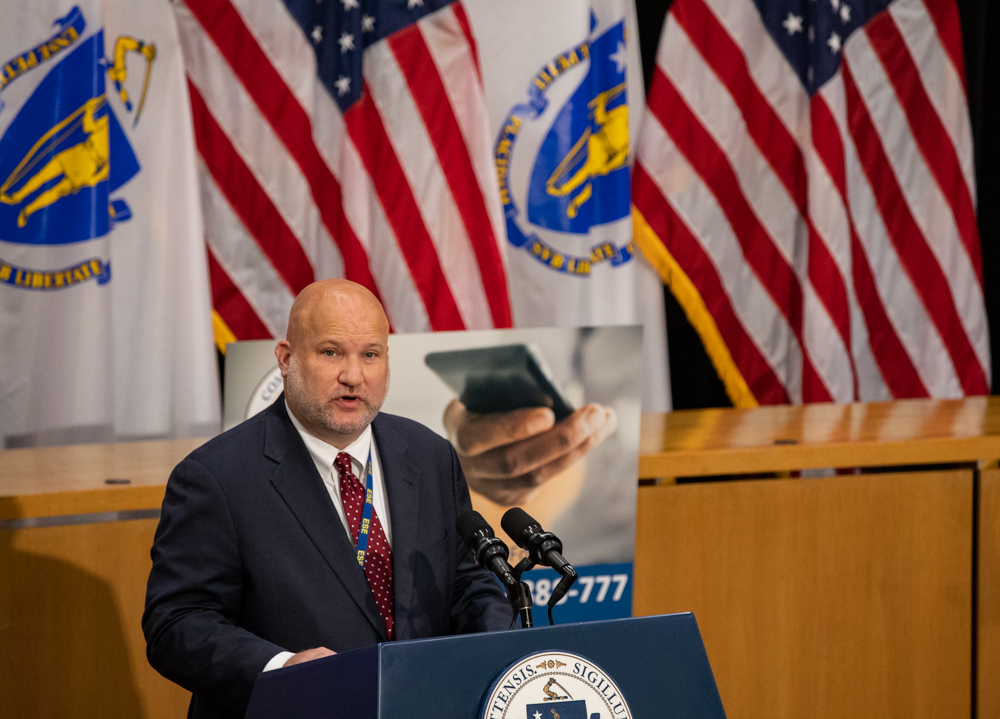 State Looks to Put MCAS Back on Track in Pandemic

State officials are exploring the possibility of administering some MCAS tests in a take-home format in the spring and are looking into options for exams scheduled for this winter, Elementary and Secondary Education Commissioner Jeff Riley said Tuesday.

[Coverage Developing] With Cape Cod experiencing what Sen. Julian Cyr described as an "alarming" surge of new COVID-19 cases, leaders in the region expressed frustration Tuesday with the lack of low-barrier testing in Barnstable County that would make it easier for many residents to get tested for free.

MassHealth Enrollment Up, Private Insurance Down in Pandemic

The number of people with MassHealth as their primary health insurance grew by about 10 percent from March through September, a spike a state agency attributes largely to federal COVID-19 legislation. 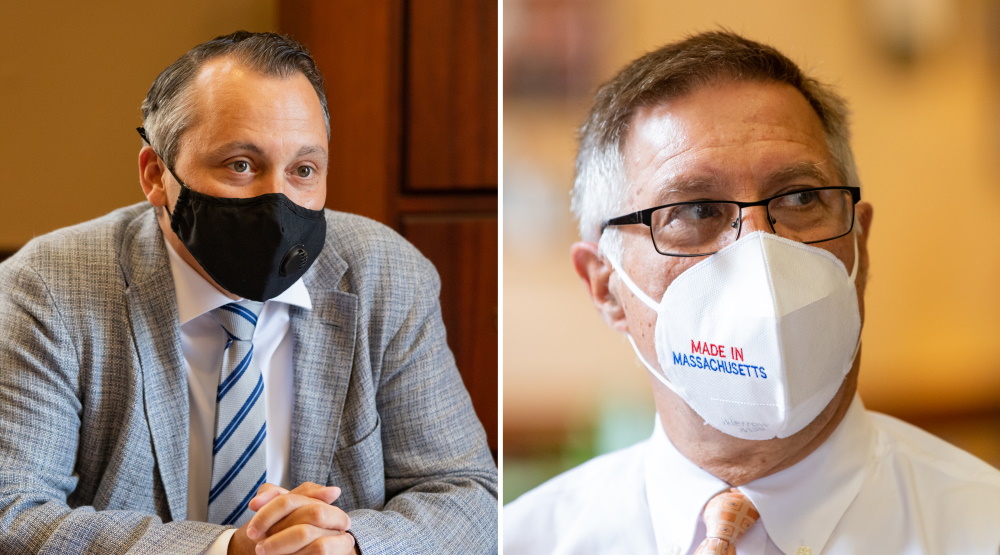 The annual state budget, now nearly five months late, was put in the hands of a six-member conference committee on Monday with the Legislature looking to avoid the type of protracted negotiations between the branches that are holding up final agreements on other key bills. 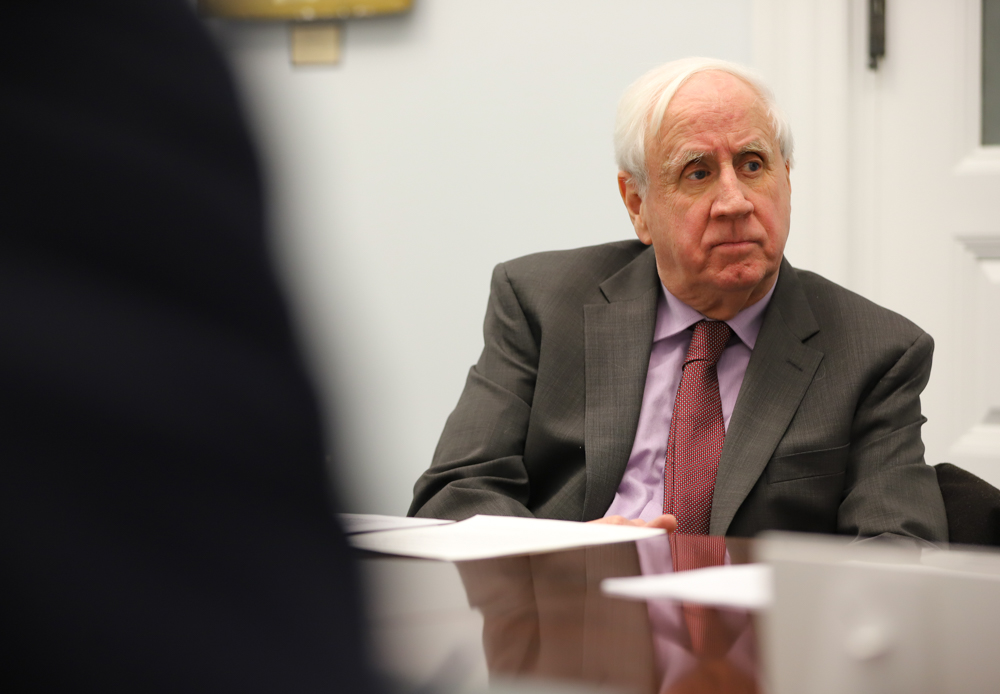 As she stood outside the polls on election day in North Attleboro with the candidate she endorsed to take her seat in the Legislature, Republican Rep. Elizabeth Poirier watched a "constant stream of people" filter through to cast their ballots.

The Mass. Almanac – free to subscribers through 2020 – includes up-to-date info on replacements in the Executive agencies, a quick reference to legislators not returning in 2021, and much more info on the people who make the government run.