UMass Lowell will work with colleges and universities around the country as part of a national collaborative aiming to rid campuses of sexual harassment, officials announced Tuesday.

The Massachusetts Department of Public Health has been picked by federal officials to be established as a regional leader to foster and improve innovation and technical ability that could help society better respond to infectious disease outbreaks like the ongoing coronavirus pandemic.

Migrant Stay Coming to End at Joint Base Cape Cod

The 35 Venezuelan migrants who are still being housed by the state at Joint Base Cape Cod are expected to leave this week and the base will wind down its temporary shelter operation by the weekend, the Executive Office of Public Safety and Security said a day after Gov. Charlie Baker declined to say whether the state had an end date for its hospitality.

West Tisbury officials have asked to formally withdraw from a new pilot program allowing a group of cities and towns to restrict fossil fuel infrastructure in the building sector, tipping over a domino that could lead to groundbreaking new regulations in Boston or another municipality.

...A well-traveled veteran municipal official is taking on a bit of work at the state level and will be working with a fairly tight deadline to produce results ... One of the state's leading child abuse prevention agencies is under new leadership and the new executive comes into the job with a deep background in social work ... A campaign to make sure all students have access to higher education is tapping a recent grad to lead its efforts ... And the new police chief in Bedford won't have a much longer commute when he starts the job ... Please enjoy the Personnel File ...

Gaming regulators appear poised to shed significant light Thursday on the process they will use to select the sports betting outfits that will be allowed to operate in Massachusetts and the timeline for getting both in-person and online betting up and running.

Delegation Asking that Heating Aid Be Delivered Sooner This Year

Massachusetts is in line to receive nearly $37 million more in heating aid for families in need under a new federal spending bill, and with energy prices forecast to soar this winter, the state's Congressional delegation wants the Biden administration to get the money out the door quickly. 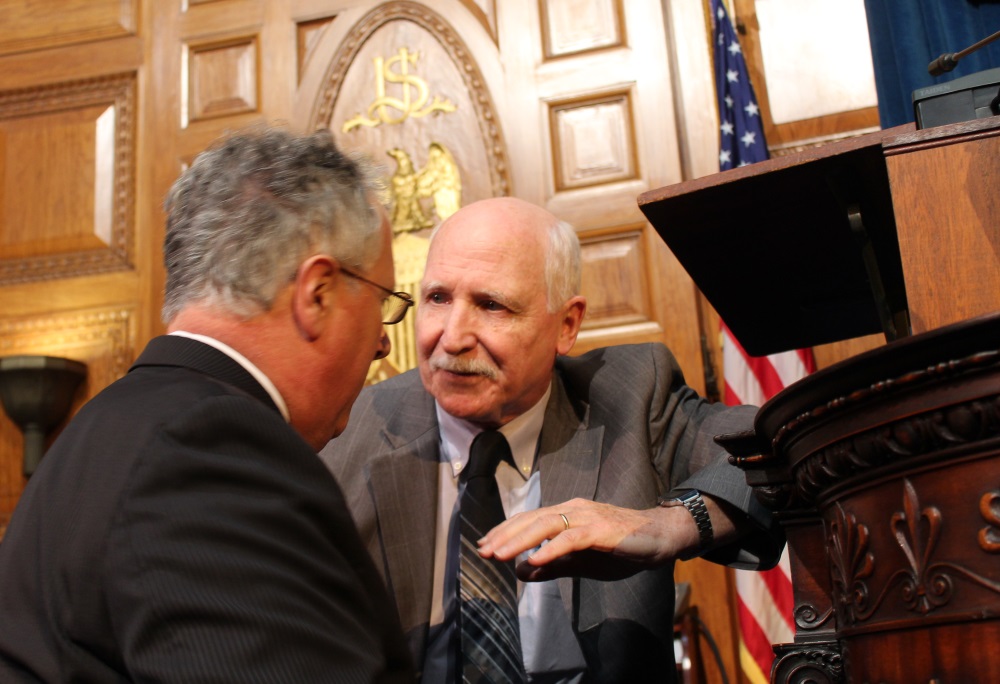 Former Senate Clerk William Welch, who spent nearly half a century in various roles at the State House under nine Senate presidents, died unexpectedly on Saturday two weeks before his 73rd birthday.

Most of the roughly 50 Venezuelan migrants who were flown to Martha's Vineyard last month at the behest of Florida Gov. Ron DeSantis are still being lodged at Joint Base Cape Cod, though Massachusetts is working to come up with better and less temporary solutions, Gov. Charlie Baker said Monday.

With only about three months left in his term, Gov. Charlie Baker made his final annual address Monday to the Providers' Council and took stock of how the industry has changed since he took office nearly eight years ago.

Massachusetts cities and towns that have been boxed out of clean energy grant dollars by an accidental legislative loophole may finally get the chance to join the environmental initiative under a new law that earned Gov. Charlie Baker's signature.

The Senate passed four local bills Monday, all of which emerged from the Ways and Means Committee with new texts. Those measures affect the designation of city landmarks by the Boston Landmarks Commission, the transliteration of names into Chinese characters on bilingual ballots in Malden, the Paul Revere Heritage Site in Canton, and a 25 mph speed limit at the intersection of Route 28 and Chickatawbut Road in Milton. 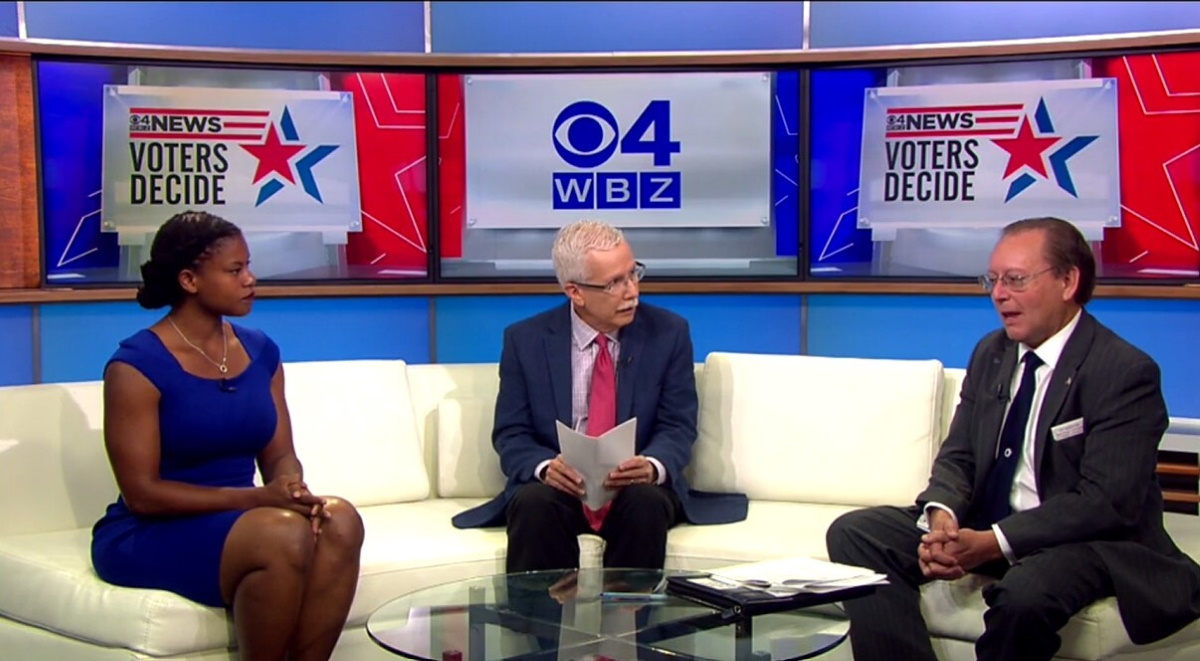 Is Massachusetts' new law to allow immigrants living here without legal status in the country to apply for state driver's licenses a matter of public safety or a statement of lax immigration policy? It depends who you ask.

CCC Chair: Past Ties to Pot Company Are 'No Conflict'

Cannabis Control Commission Chair Shannon O'Brien found her eggs a little hard to swallow last week when she found herself splashed across the front page of the Boston Herald for her former ties to the industry she's now in charge of regulating.

Lawmakers and candidates for higher office alike will lurch into the final full month before the election when the calendar flips on Saturday, and unfinished business on Beacon Hill could factor into how voters feel when they head to the polls. 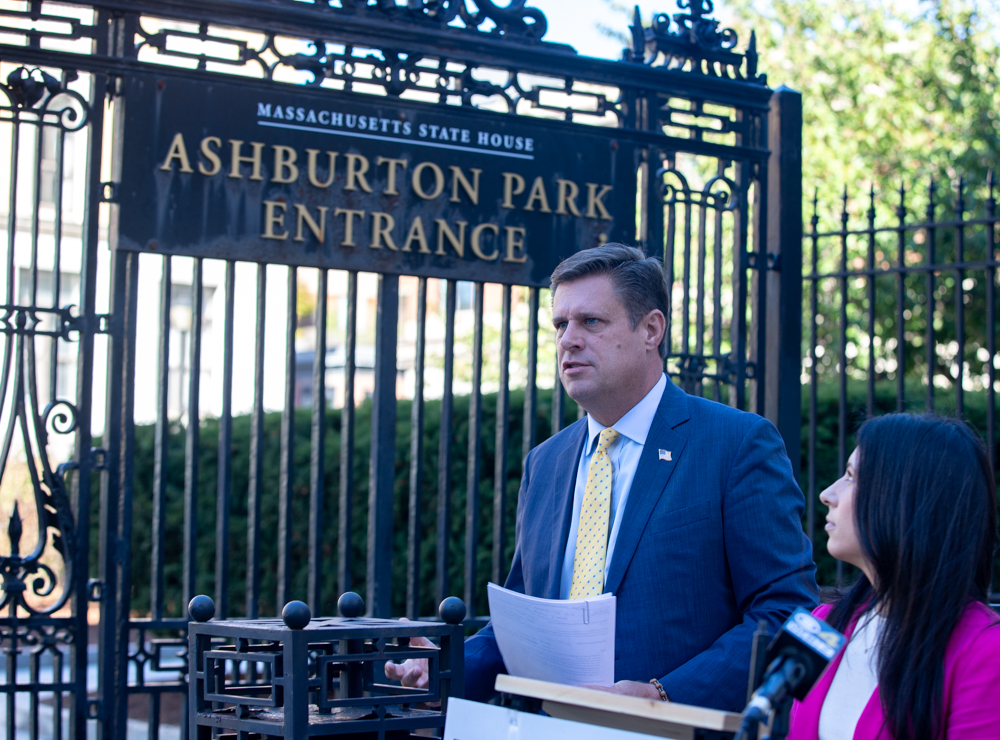 Weekly Roundup - Pieces of a Week

Picked-up pieces while bracing for the "soft-ish landing" that the new president and CEO of the Boston Fed thinks is a possibility as nagging inflation nears (or has just passed) its peak:

Lawmakers broke for another long weekend Thursday, their final time meeting in September, with no movement on a stalled economic development bill nor on a spending bill the state comptroller hoped would be complete by the end of the month.

The learning loss that came about as a result of the pandemic and its shift towards remote schooling for more than two years is still showing up in standardized test results, state education officials said Thursday as they released the latest batch of MCAS scores.