After soliciting feedback over the past week on draft redistricting maps for the Legislature, House and Senate leaders on Tuesday finalized revised plans that would add a sixth majority-minority Senate district that covers Brockton and strengthen the majority-minority status of House districts in New Bedford and Framingham. 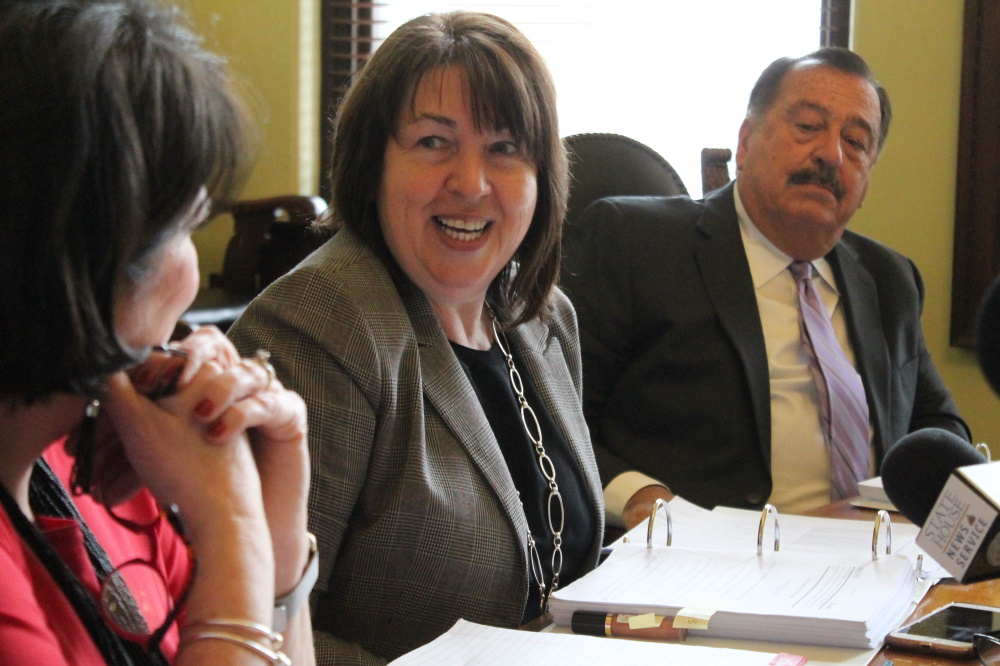 Claire Cronin's run as House majority leader could be a short one as her nomination to serve as U.S. ambassador to Ireland is moving forward to the full U.S. Senate.

As many families in Massachusetts climb out of a financial hole created by COVID-19, Rep. Joan Meschino said Tuesday that efforts by the state to claw back overpayment of unemployment benefits during the pandemic has created anxiety and hardship for untold workers who spent the money to cover everyday living expenses. 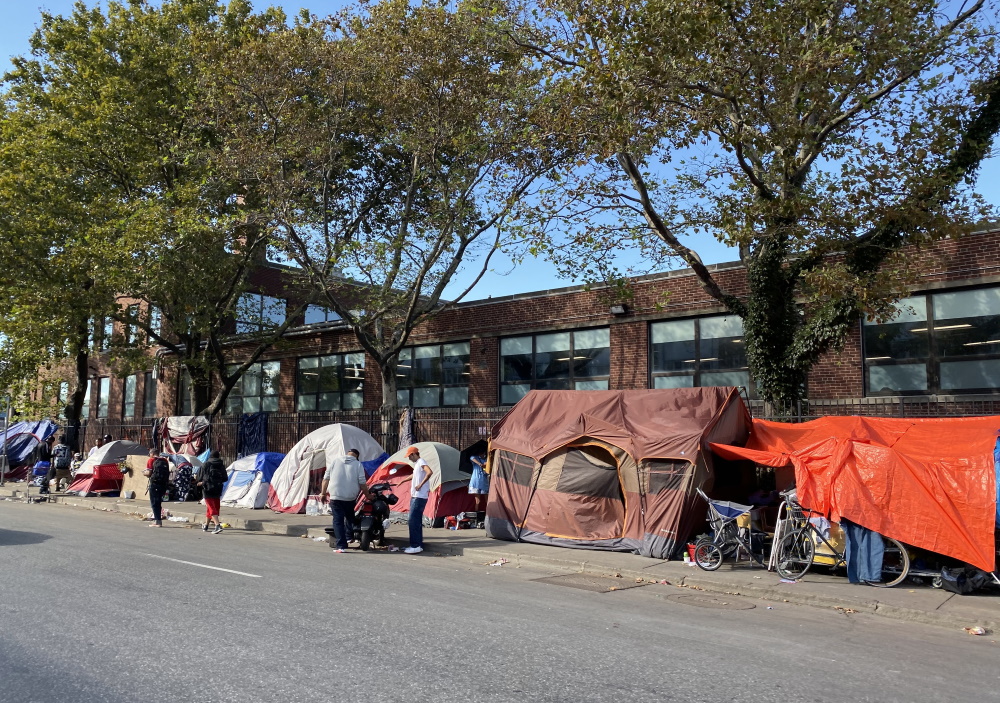 City, State Partnering On Changes At Mass. And Cass

The city of Boston and the Baker administration will partner on a centralized command structure to respond to the worsening addiction and homelessness crisis anchored in the area known as "Mass. and Cass," where expanding tent encampments could soon face new enforcement.

A longtime chairwoman of the Legislature's committee most focused on the welfare of children in Massachusetts proposed Tuesday that lawmakers require the governor to convene a "children's Cabinet" to make sure the different parts of state government that affect the lives of kids leave no one behind.

... He's been a state rep, counsel to a governor, a judge, and a U.S. Senate candidate, and Dan Winslow is adding another title to his resume ... a local expert in long-duration energy storage has been tapped to serve on the U.S. Energy Department's Electricity Advisory Committee ... the former dean of students at Cambridge College is the newest member of Education Commissioner Jeff Riley's leadership Cabinet ...

[Developing] The Committee on Redistricting is voting Tuesday afternoon on two maps that would redraw the political boundaries for all 200 seats in the Legislature, with Democratic leaders putting an emphasis on increasing opportunities for candidates of color to win.

Backers of legislation to ban colleges and universities from withholding college transcripts over unpaid balances could not find enough support in the House last session, but they hope that the pandemic's economic impacts and an expanded advocacy effort will generate new momentum this time around.

Massachusetts schools are not immune to the supply chain and workforce constraints that are affecting the economic recovery from the COVID-19 pandemic, Education Commissioner Jeff Riley said Tuesday.

Waivers Sought As State Tries To Claw Back UI Overpayments

[Story Developing] As many families in Massachusetts climb out of a financial hole created by COVID-19, Rep. Joan Meschino said some are receiving notices from the state that they must repay unemployment benefits received in error over the course of the pandemic.

When a first responder is injured in the line of duty, there is often an outpouring of public support for the injured person and their family. But in some cases, the public's goodwill might be stymied by state ethics rules that prohibit public employees from accepting donations made because of their job.

Homes in Massachusetts have become too expensive for most people and the buyers who can afford to pay sky-high prices find that they have very few options to pick from, real estate market analysts said in a report on September's decline in sales volume and increase in median price. 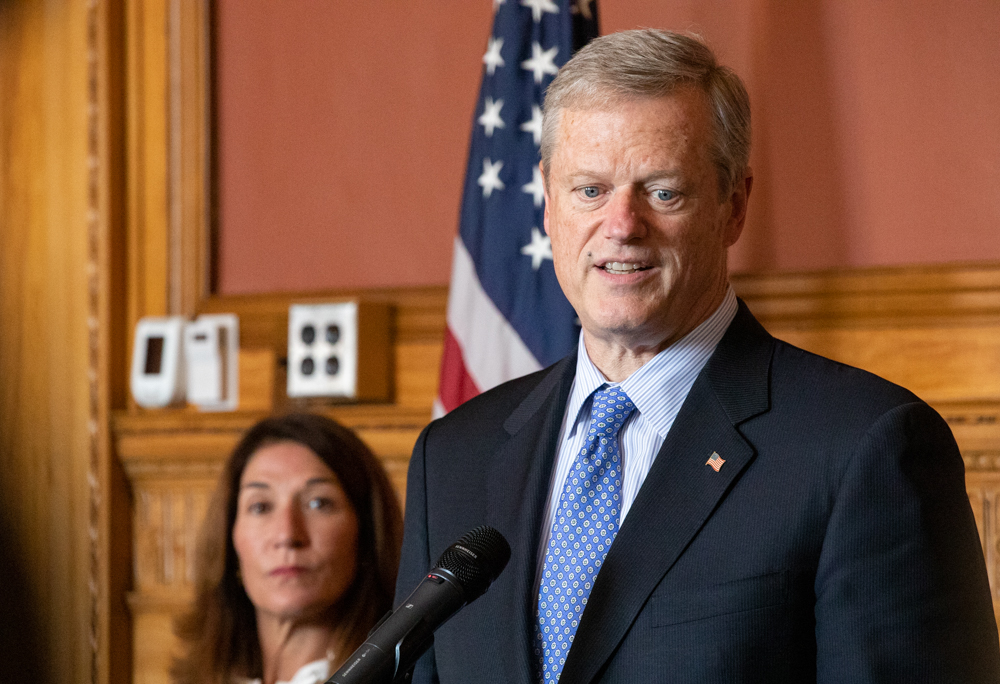 No Timeline From Baker On Vax Mandate Discipline

More than 95 percent of executive branch state employees submitted the necessary paperwork on time to comply with Gov. Charlie Baker's vaccine mandate, but for the more than 1,500 who did not, it remains unclear when the threatened consequences including suspension and termination will begin.

The push to make MBTA service free of fares to riders that Boston mayoral candidate Michelle Wu has made a campaign staple has yet to sway Beacon Hill leaders.

Baker: Too Early To Say on School Mask Mandate Extension

Gov. Charlie Baker is not yet saying whether the state's school mask mandate, currently in place through at least Nov. 1, should again be extended.

Former Gov. Deval Patrick tried repeatedly without success to tax soda and voters in 2010 rejected higher taxes on alcohol, but supporters of slapping new levies on sugary and alcoholic beverages testified Monday that the two policies combined could bring in up to $435 million in additional revenue for public health, nutrition and substance use treatment. 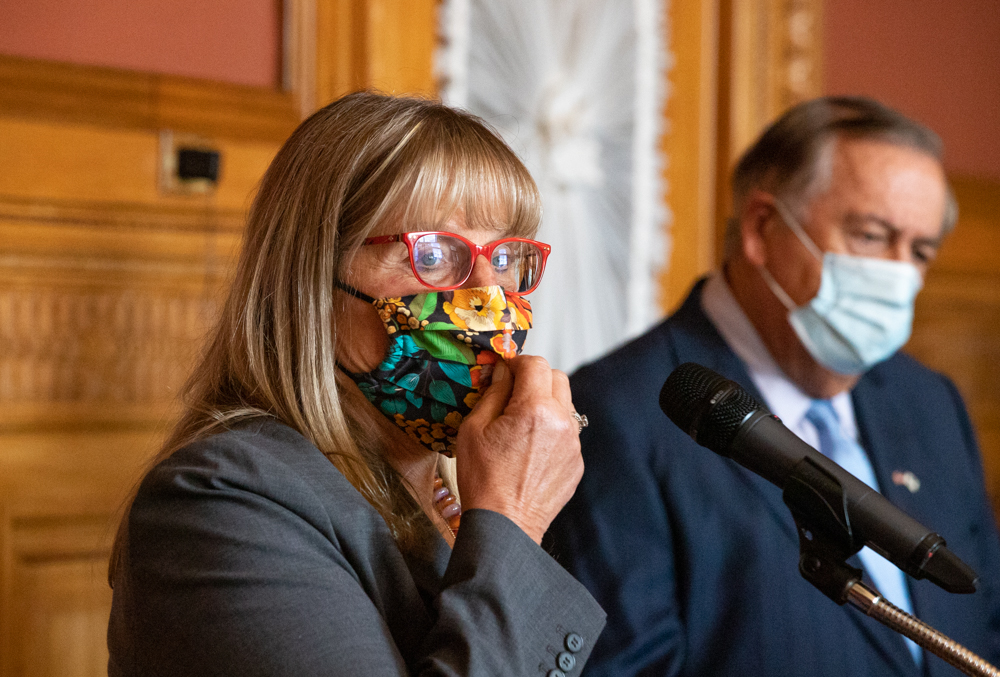 Senate President Karen Spilka hailed the mapmaking work done by the Special Committee on Redistricting but was mum on Monday about whether changes could be made to the Senate's proposed new political boundaries that have faced criticism.

Lawmakers mulling policy changes aimed at building a more diverse educator workforce in Massachusetts repeatedly heard the same set of statistics Monday: people of color account for about 40 percent of the students in the state's public school system, but about 8 percent of its teachers.

On the same day that Gov. Charlie Baker's COVID-19 vaccine mandate for executive branch employees took effect, House lawmakers and staff were informed that they must show proof of vaccination by Nov. 1 if they want to work physically from the State House, where they must also wear masks in all House-controlled spaces.