A Massachusetts House employee who was last in the State House on Thursday tested positive for COVID-19, according to an email obtained by the News Service.

The race for an open Senate seat, for now, appears limited to an East Boston city councilor and a Revere School Committee, after another possible candidate indicated over the weekend that he won't run in this winter's special election.

The Senate dives back into its formal session agenda on Thursday, with plans to take on bills overhauling sex education and student nutrition and allowing a new form of gender identification on birth records. Meantime, House leaders have plans to get a firsthand look at the offshore wind sector that they are keen on developing in Massachusetts, with plans to check out an existing wind installation off the coast of Rhode Island. The week ahead brings elections in Lawrence, Holyoke, North Adams and Newburyport, where voters this year are choosing new mayors, and in Lowell, which is holding its first elections under the watchful eye of the U.S. Justice Department. Preliminary elections are also scheduled Tuesday in Attleboro, Beverly, Chicopee, Everett, Fall River and Taunton. 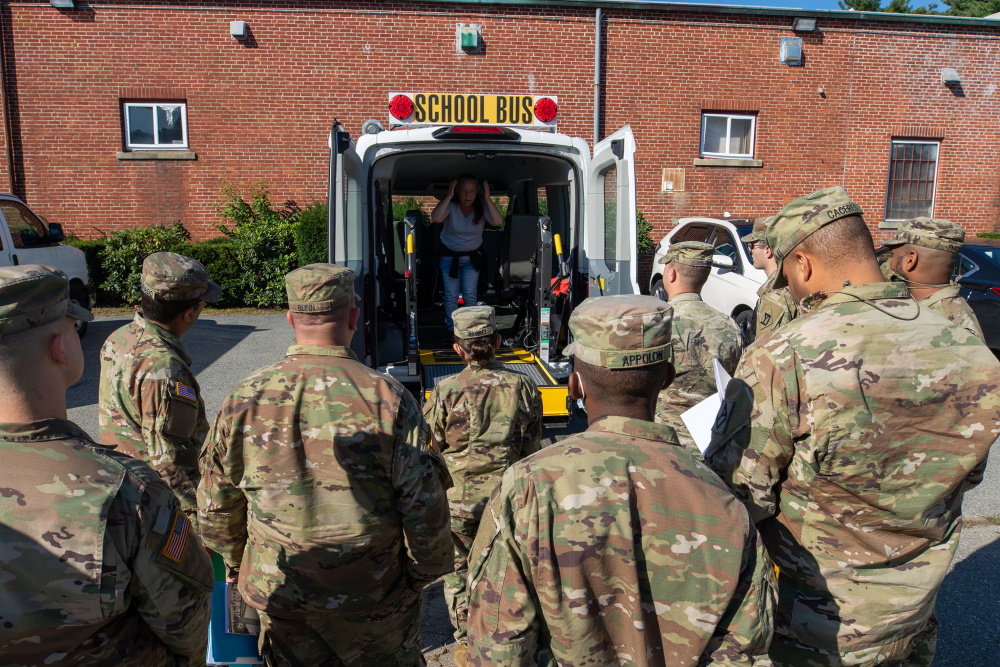 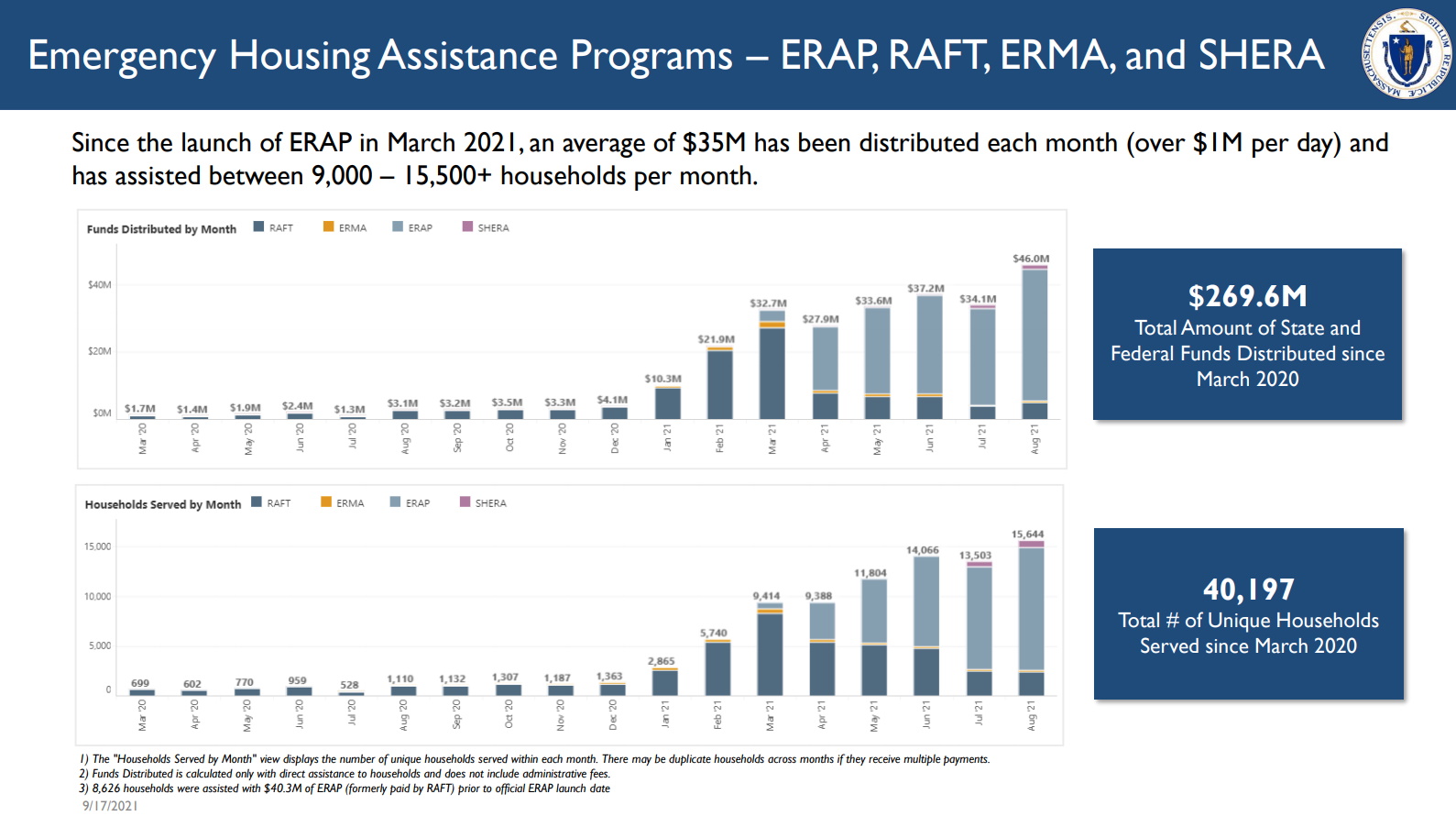 Exactly 11 months after the state's pandemic-inspired moratorium on evictions expired, Baker administration and judiciary officials touted the effort to connect renters and landlords with emergency aid as a model of success even as advocates and lawmakers contended that the system still has harmful gaps.

There are parts of 29 municipalities that the Cannabis Control Commission considers to have been disproportionately affected by marijuana prohibition, but the city with the largest Hispanic/Latinx population, Lawrence, is not among them.

Job Gains Slowed To A Trickle in August

Teachers on Monday plan to call on lawmakers to eliminate the requirement that students pass the MCAS exam in order to graduate and replace it with what they say would be a broader framework that features "more authentic forms of demonstrating student achievement."

School districts reported more than 1,200 student cases of COVID-19 and 190 cases among staff members this week, the Department of Elementary and Secondary Education said in its first case report of the new school year.

Massachusetts expects to welcome about 900 evacuees from Afghanistan, and while the specifics of their arrival remain unknown, efforts are underway to prepare for their arrival and resettlement and to potentially extend public benefits from the state.

New England Patriots star Devin McCourty and several community groups next week will urge Gov. Charlie Baker to commute the first-degree murder conviction of William Allen, a Brockton man who has spent 27 years in prison and hopes to become eligible for parole.

In the wake of a new report warning about a "fiscal calamity" approaching the MBTA, Gov. Charlie Baker voiced his criticism of a proposed income surtax on wealthy households set to go before voters next year, questioning how much money the idea would generate and what those revenues might be spent on.

After announcing the first case and saying about two weeks ago that the risk of West Nile virus "has been slow to increase this year," the Department of Public Health on Thursday reported the seventh human case of the virus this year.

It will be important for people to have a simple way to prove that they have been vaccinated against COVID-19, Gov. Charlie Baker said Thursday as he stopped just short of saying that some kind of vaccination verification system will be coming to Massachusetts.

Even as the continued COVID-19 pandemic this fall keeps a bit of a damper on the convention business, which is typically marked by large indoor events, officials at the Massachusetts Convention Center Authority said they have been buoyed by tremendous interest in events at the outdoor Lawn on D.

While senators prepare to debate an elections reform bill that will likely allow prospective voters to register and cast a ballot on the same day, Gov. Charlie Baker said Thursday he opposes the process in part because of "the complexity associated with it."

While senators did not tee up any major bills during Thursday's session, Senate President Karen Spilka's office said after adjournment that it was planning a formal session for Sept. 23.

... A former Beacon Hill aide has joined the Mass. Municipal Association to fill the legislative director's role long held by John Robertson, who retired ... One of the region's largest private foundations has a new executive director, while another has two new senior advisors ... The MIRA Coalition has a new legislative campaign director ... The Massachusetts Association for Mental Health brought on an experienced hand with an eye toward deepening its advocacy efforts ...

The House on Thursday sent to committee new legislation from Rep. Ruth Balser (HD 4407) seeking to reduce construction noise. It would require all motor vehicles on construction sites that use alarms indicating that vehicles are reversing to instead use white noise reverse alarms, which emit sound at a lower decibel than regular reverse alarms.