Big-name actors, from John Travolta and Olivia Newton-John to Sam Neil, Jeff Goldblum and a T-Rex, have graced the the summer screen at Suffolk Downs. But next week Hollywood will take the backseat for a night when U.S. Sen. Elizabeth Warren and the Democratic Party's newly minted nominee for vice president Kamala Harris will have top billing at the East Boston drive-in. 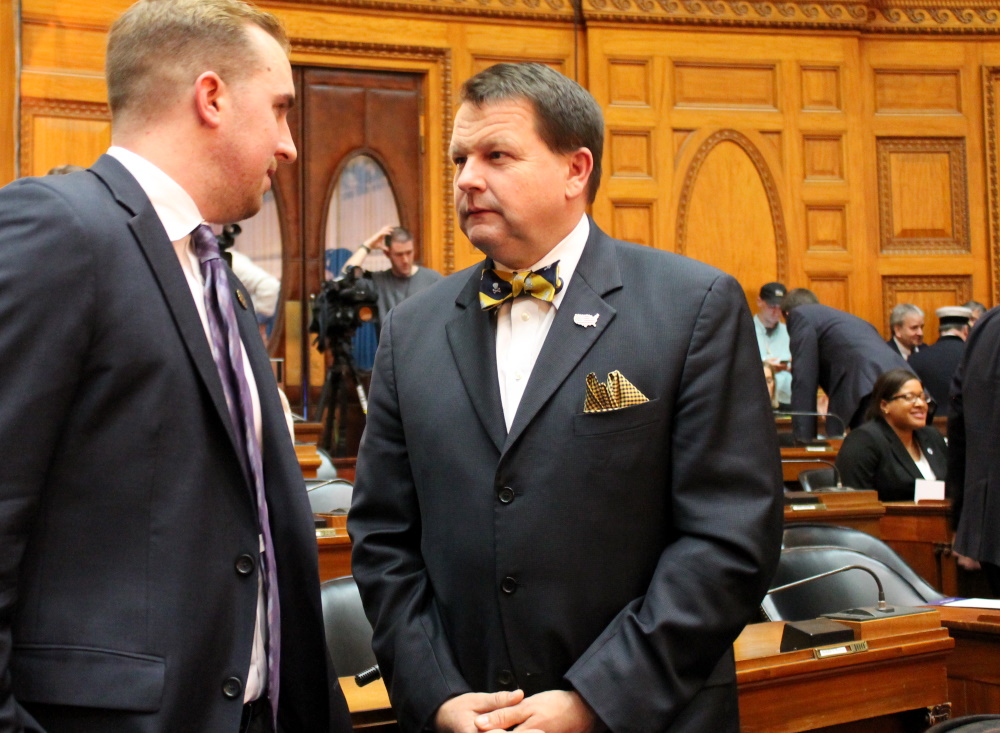 As Gov. Charlie Baker continues to hammer away at flattening COVID-19 with measures like reduced gathering sizes and restrictions on certain out-of-state travelers, a fellow State House Republican thinks the hammer is being swung much too hard -- and is planning to support a lawsuit in the state's highest court challenging the governor's authority.

A procedural bill setting the borrowing terms for a $1.8 billion information technology bond law is on its way Thursday to the House Committee on Bonding, Capital Expenditures, and State Assets. House lawmakers also dealt with a series of local bills that change municipal charters or names of local government bodies to include gender-neutral language.

With larger issues still unresolved, new liquor licenses were flowing in Thursday's Senate session, with senators approving a handle of 13 new licenses for the Hanover Mall commercial districts and advancing others in Clinton and Maynard. While the daily agenda has largely transitioned for now to local bills, conference committees are continuing to meet behind the scenes on major legislation like policing reform, carbon emissions reduction, and transportation project financing -- although in an era of virtual sessions and social distancing, much of the business is taking place over private Zoom calls, texts and emails. 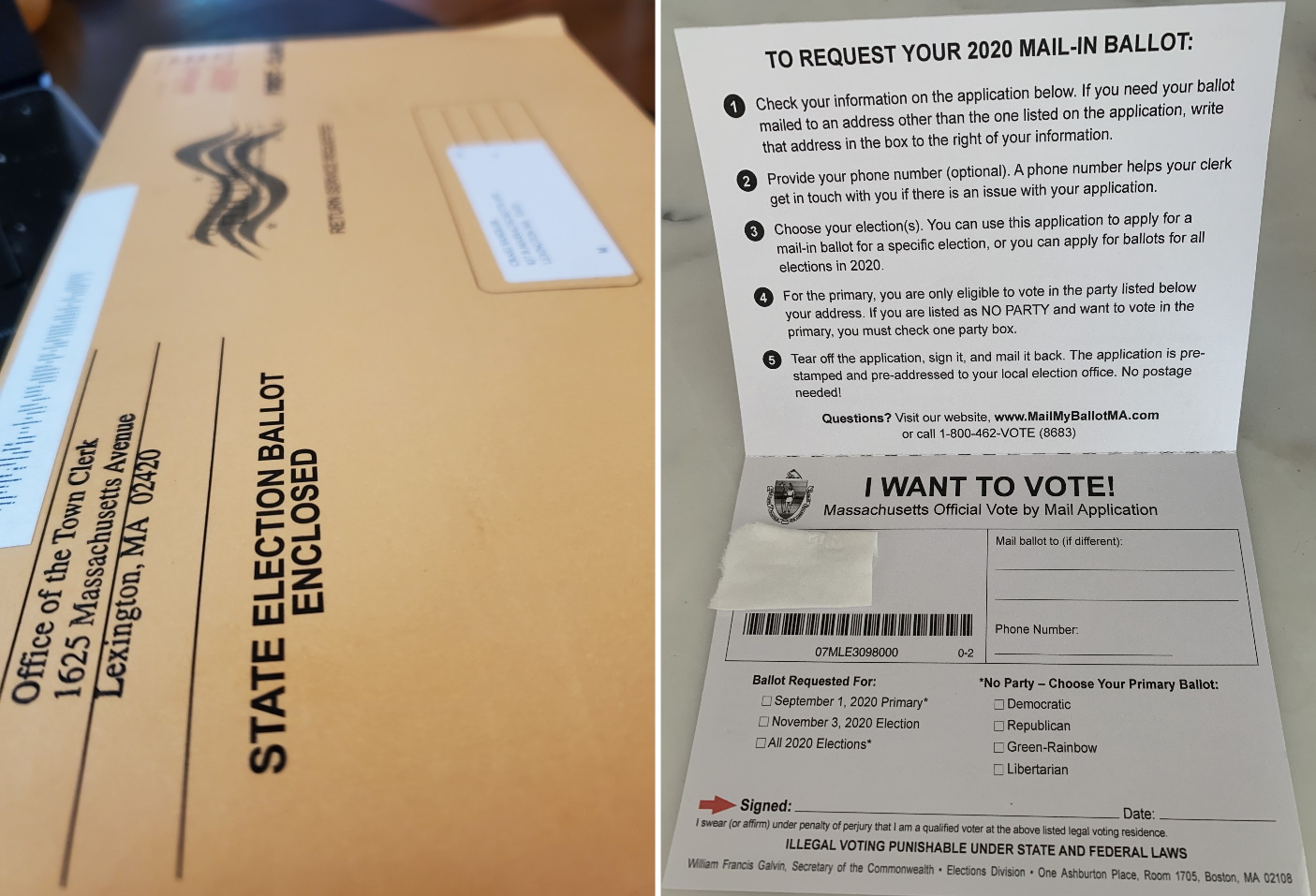 With the state primary less than a month away, city and town clerks are staring down a deadline to process an unprecedented tidal wave of mail-in ballot applications, a challenge intensified by limited local staffing and financial resources.

New state guidance set to take effect Monday outlines what youth and adult amateur sports activities will be allowed to take place -- and with what safety precautions -- during the current phase of the state's reopening plan.

No Dice for Craps, Roulette

[Story Developing] The slate of games offered at Massachusetts casinos will not expand as two of the facilities had hoped, at least not in the immediate future.

[Story Developing] Even as the spread of the coronavirus appears to be under control on Cape Cod, officials worried about overcrowding on some the area's popular beaches are reminding residents and tourists how to "beach well" for the rest of the summer, including avoiding high tides.

Gov. Charlie Baker on Tuesday rolled out a new color-coded municipal measurement of COVID-19 infection and spread levels, announcing then that four cities -- Chelsea, Everett, Lynn and Revere -- fell into the worst "red" category based on local public health metrics.

Dave Cavell, one of the nine Democrats running in the Fourth Congressional District, announced Thursday that he was suspending his campaign and endorsing Jesse Mermell in an attempt to make it harder for another candidate -- Jake Auchincloss -- to take advantage of a crowded field that will splinter the primary vote. 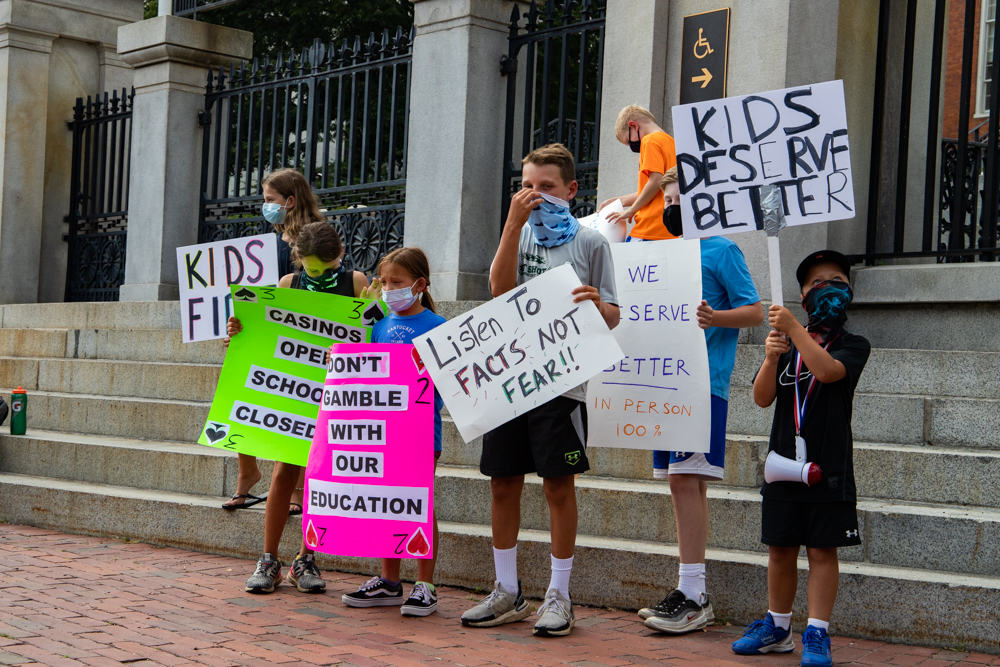 A small group of parents gathered outside the State House Wednesday, urging education officials to issue a metric-based approach to guide the reopening of local school systems for in-person learning.

Thirty-five percent of Latinx Massachusetts residents have gotten food from a food bank since the COVID-19 pandemic began, according to a new poll, and 12 percent reported someone in the household had experienced symptoms of the respiratory disease.

During the height of the COVID-19 crisis, the Healthy Waltham organization regularly helped about 700 families access a stable source of nutritious food. The need has not decreased much since the peak: to this day, the group still has about 600 families in its support network, executive director Myriam Michel said during a virtual panel on Wednesday.

Boston may have lost up to 22 to 35 percent of its permanent child care capacity as a result of economic hardship brought on by the COVID-19 pandemic, the executive director of the city's Women's Advancement office said Wednesday.

When Gov. Charlie Baker on Tuesday rolled out a new color-coded metric of COVID-19 risk levels in each Massachusetts community, he suggested those new labels would play a role in how cities and towns think about the approaching school year.

A task force created under a new law will help address gaps in surveillance of mosquito-borne illnesses, a step that the state's epidemiologist described as key as eastern equine encephalitis virus returns to the region.

Mindful that a decision is needed "fairly quickly," Boston Mayor Marty Walsh on Wednesday ruled out the option of schools in the city reopening under a full in-person model and said equity, data and quality need to guide efforts as students resume classes next month in a system with 125 separate schools.

A summertime advertisement from Cape Cod Community College makes its case in plain financial terms: one course at the school will cost $670 during the upcoming pandemic-affected semester, compared to more than $2,000 at many four-year colleges.

Former Vice President Joseph Biden chose Tuesday to team up with California Sen. Kamala Harris as his vice presidential running mate as the Democrat prepares to accept his party's nomination for president next week, embracing a former rival and making an historic choice that means U.S. Sen. Elizabeth Warren's future remains in the Senate -- at least for now.

The federal government has reached an agreement with Cambridge-based Moderna to manufacture and deliver 100 million doses of the company's COVID-19 vaccine candidate, President Donald Trump announced early Tuesday evening. "The federal government will own these vaccine doses," Trump said. "We're buying them."