The Massachusetts House appears to be gearing up to act on two major policy proposals next week, when the Legislature also has a chance to send Gov. Charlie Baker a consensus bill to both construct a new Holyoke Soldiers' Home and address long-term care for veterans in other parts of the state.

Massachusetts heads into the weekend with mixed mask messaging from the state and federal governments and Gov. Charlie Baker telling residents to "stay safe" while he works on updates to the state's reopening plans, which are expected early next week. 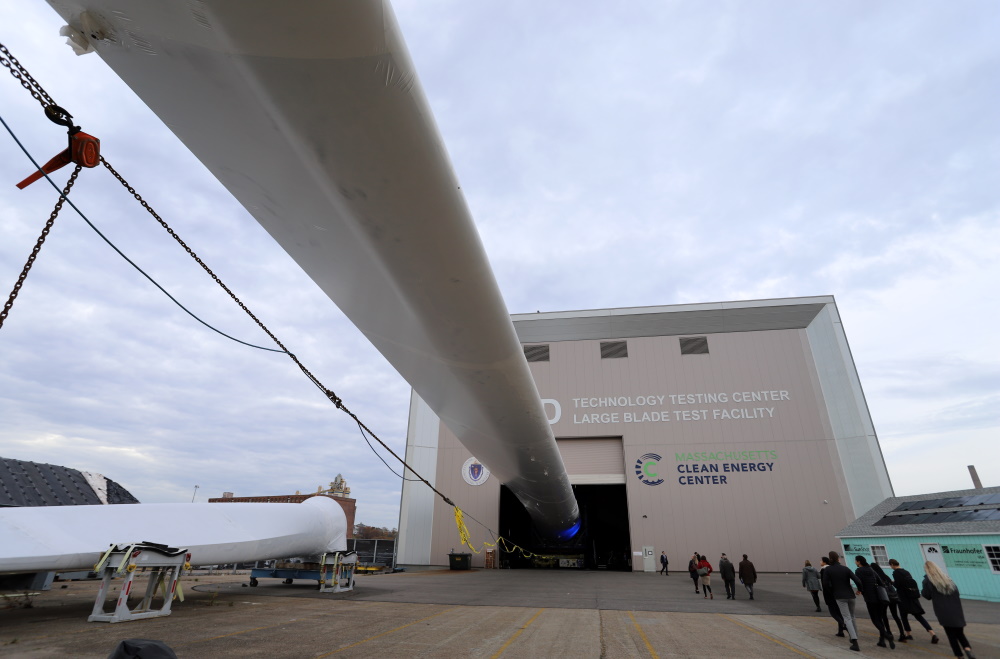 The winds of science and change are blowing, generating momentum behind the state's rush to go green and accelerating a recovery from COVID-19 that has the state hurtling toward whatever life will look like on the other side of the pandemic.

No Plan Yet, But Acosta Says ARPA Use Okay for UI Fund

A federally guided shift in how Massachusetts distributed the burden of unemployment costs led to higher-than-expected bills this spring for many businesses, and the step also spared industries hardest hit during the pandemic from being "clobbered" with taxes, Labor and Workforce Development Secretary Rosalin Acosta said Friday.

Masks will still be required for now in all indoor public places, at all events and outdoors when social distancing is not possible in Massachusetts, despite new guidance from the Centers from Disease Control advising fully vaccinated individuals that it's safe in most cases to stop wearing a face covering.

A former Barnstable County commissioner who had previously filed to run for lieutenant governor as a Republican announced Thursday he would instead seek his party's nomination for treasurer in 2022.

Energy and Environmental Affairs Secretary Kathleen Theoharides said Thursday her office plans to solicit feedback this fall on the 2025 and 2030 emission limits set by a new climate law signed by the governor in March, followed by a public process in the winter focused on interim carbon reduction and sequestration goals.

Retail cannabis stores in Massachusetts should become able to purchase and then sell consumer-ready hemp products within "the next few weeks" after the Cannabis Control Commission approved new guidance Thursday. 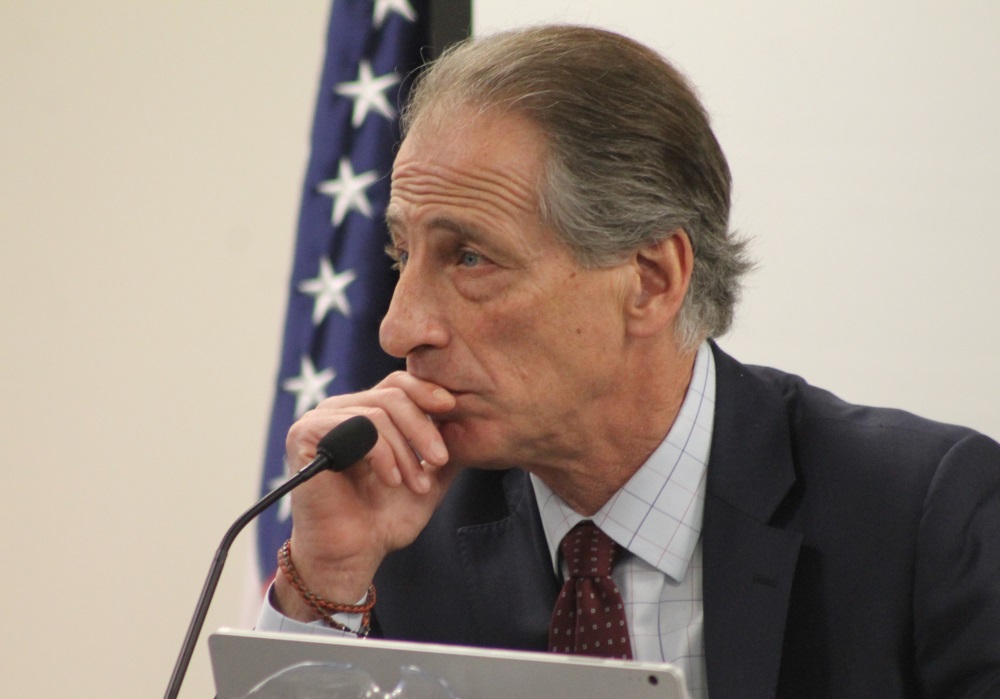 The Senate gave final approval Thursday to a package of changes to Everett's city charter before adjourning for the weekend. The local bill (S 41) would change the way Everett's ward councilors are elected, calling for them to be elected by only the residents of their respective districts rather than the current practice of city-wide votes for each of the ward councilors.

The Centers for Disease Control on Thursday took a dramatic step to relax its recommendations for mask wearing and encourage people to return to the lifestyle they abandoned over a year ago -- as long as they're fully vaccinated.

Cape Cod remains on track to meet its goal of having 75 percent of the region's population vaccinated against COVID-19 by the start of the summer season, but breakdowns by racial and ethnic groups show a "significant gap" among different demographics, Sen. Julian Cyr said Thursday.

Gov. Charlie Baker is traveling to Washington, D.C. on Thursday for a series of meetings with federal officials and members of the state's Congressional delegation. 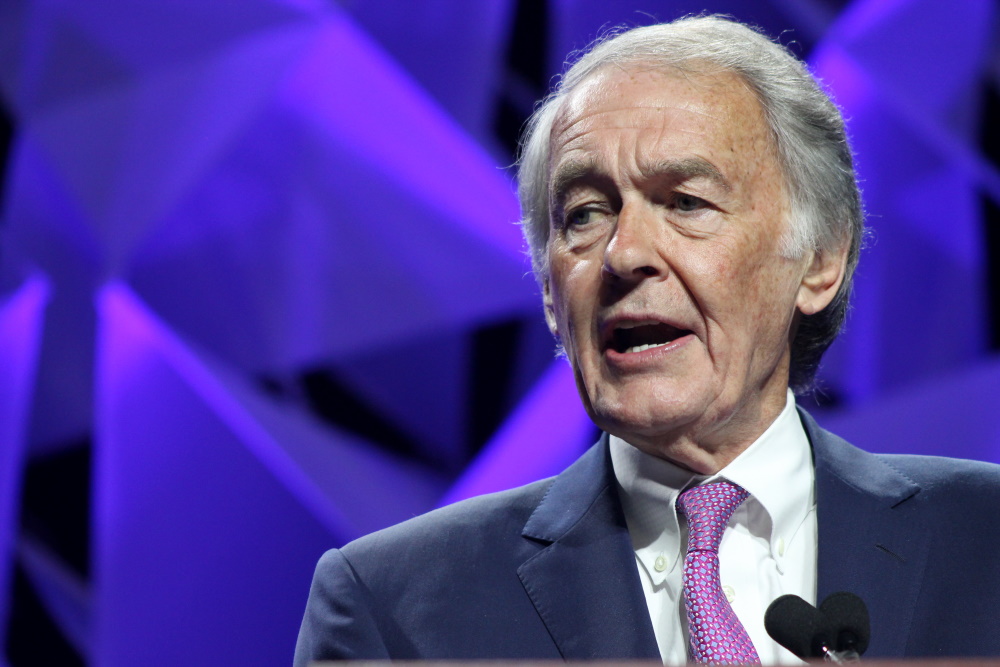 Markey Backers “Upset and Disappointed” By His Israel-Palestine Stance

U.S. Sen. Edward Markey is facing pressure from the coalition of progressive organizations, staff and youth volunteers that became central to his 2020 reelection campaign to take a harder stand against Israel for the role the U.S. ally has played in the escalating violence and civil unrest between Israel and Palestine.

All teenagers and pre-teens ages 12 to 15 who pre-registered through the state's online portal for a COVID-19 vaccine will be contacted this morning with the chance to book an appointment after the Centers for Disease Control on Wednesday evening gave the green light for use of the Pfizer vaccine in younger Americans.

At the eleventh hour of her journey toward a judgeship, the president of the Hampshire County Bar Association asked Gov. Charlie Baker to pull her name from nomination and said she wanted to prioritize family matters over the bench.

Commission Sought to Explore “History That Must Be Known”

There are documents scattered across agencies, potential unmarked graves, and family histories lost to time. But as the disability community emerges from the COVID-19 pandemic, advocates say they're hoping that another difficult chapter in the history of disabled Massachusetts residents can be pieced backed together.

As the state's Health Policy Commission continues to study how the COVID-19 pandemic has affected the state's health care system, one major area it is exploring is the impacts on the workforce.

Early on in the pandemic, someone vandalized Temple Beth David of the South Shore by shooting out its front window with what appeared to be a BB gun or pellet gun, according to the synagogue's president, Marilyn Whipple.